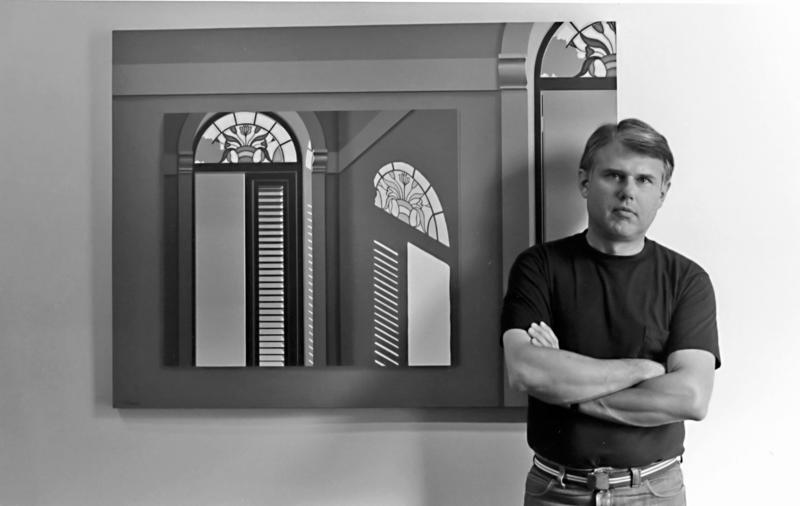 Humberto Calzada was born in Havana, Cuba in 1944. He has been a Miami resident since 1960 and attended the University of Miami where he earned degrees in Industrial Engineering (1966) with an MBA in Finance (1968). He practiced engineering for several years but, by 1976 he had completely abandoned the career for a career in art. The theme of his paintings, from the beginning to the present time, has always been the colonial architecture of his native Cuba and of the Caribbean.

Born in Havana, Cuba, Calzada’s work is strongly influenced by his native city’s colonial and neo-classical architecture. He is renowned for placing its architectural imagery in surreal, dreamlike settings to explore themes of loss, decay, and rebirth.

Beloved by collectors and museums alike, Calzada’s prolific output of paintings numbers in the thousands. In 2006, the Lowe Museum of Miami honored his career with a 30-year retrospective entitled “In Dreams Awake.” Previously, the Bass Museum of Miami Beach exhibited his 15-Year Retrospective.

For a full listing of the numerous museums, galleries, and corporate collections that have housed his work, see his curriculum vitae.

Calzada resides in Miami, Florida with his wife. He has an engineering degree and an MBA, which he put to use briefly before dedicating himself to painting full time. His daughter is a designer and his son is a filmmaker. He has three grandchildren.

Humberto Calzada’s art can, generally, be divided into phases or categories, but not into periods. They are phases in the sense that, during a specific time he painted primarily that category of painting, though not to the exclusion of all else. But they are “categories” in the sense that, throughout his career, he has produced works that have characteristics of any of the different classifications or will revisit any past phase. The general major classifications are: